Marriage Capital of the South

Looking to book a venue for your wedding or event ? click here!
Old-Time Mississippi Fiddle Concert

On October 22nd, at 3 p.m. the Old Courthouse Museum in Iuka is planning an Old-Time Mississippi Fiddle Concert to raise awareness about two Tishomingo County fiddle players: John Alexander Brown and John Hatcher. During the height of the Great Depression, both of these men recorded fiddle music for the Works Progress Administration’s Mississippi folk music collection for the Library of Congress. Recording sessions were prearranged, and often several musicians gathered at one central location to meet “the sound wagon.”
John Hatcher was an “orphan boy” raised by his grandfather near Burnsville. Hatcher was a farmer and wood hauler and, for the recordings, was dressed in his Sunday-go-to-meeting suit with his hair neatly parted down the middle. He enjoyed playing at fiddle contests in Corinth and Sheffield, and for some time he played with the Tishomingo County Jamboree Boys on the radio in Jackson, Tennessee. His favorite, however, was playing at local dances and when folks took a break from dancing, Hatcher often sang. In the WPA recordings, Hatcher can be heard singing while John Brown plays “Wolves a-Howling”.
John Alexander Brown, father of 13, was 67 years old when he made his recording. He lived near Mill Creek. According to Albert Ferris, the project’s photographer, when Brown played “music animated his eyes, as he swayed from side to side. His interest, his enthusiasm to everything that he said, and his kindly attitude toward others made him delightful”. The story goes, when the recording wagon arrived in town, Brown was in the field plowing with his team of oxen. He came straight from the field to record so his dress was in sharp contrast to Hatcher. After recording, he said he had to hurry home because he “left his oxen in the field.”
On October 22nd, composer, performer, and music teacher Tim Avalon of Clinton, Mississippi will be performing a concert exclusively featuring songs by Hatcher and Brown. Mr. Avalon launched a career at the age of 13, thanks to his “Aunt Vangie” who gifted him with his first guitar. It was the beginning of a lifelong love-affair with music. Self-taught, he also mastered the banjo and mandolin and began playing professionally while in his teens joining rock and roll and country bands. The fiddle was next on the agenda, which he studied for a couple of years after learning that his grandfather had been an accomplished player. Since that time, Tim’s musical taste has developed to include Celtic, swing, jazz, bluegrass, and old-time.
For the past 40 years, he has been teaching private lessons at the Avalon School for String Instruments, with students ranging in age from 5 years to 90. Many of his students have won contests for the traditional musical forms at the State Fair or in fiddling competitions.
His awards and honors include state championship at the State Fair for two consecutive years in mandolin, and Mississippi Folk Artist of the Year, 2000. He is also the author of numerous old-time and Celtic tunes and has published a collection of Irish and Old Time Fiddle Tunes, a book of Traditional Music of Mississippi, and The Tim Avalon Alphabet Anthology which includes over 400 original tunes.


This concert will introduce a new exhibit on Hatcher and Brown at the Old Courthouse Museum and bring awareness to an ongoing effort to erect historical markers in honor of these two accomplished musicians.


We would like to extend a huge thank you to our sponsors, Tishomingo County Tourism Council, Drs. Nicholas and Adrienne Phillips, The Sparks CPA Firm of Iuka P.C., and Just A Kind Word Florist. As always, without the support of generous sponsors, as well as our Tishomingo County Board of Supervisors, events such as these would not be possible.


Tickets are $10 per person and are on sale now at the Old Courthouse Museum. To purchase, stop by Wednesday through Friday or call 662-423-3500.

Featuring award winning educator Pat Arrinder and Southern HeArts ' Kristi Loveless, this year's Camp Courthouse is set for July 21st from 11:00 a.m. to 1:30 p.m.
Camp Courthouse is a fun, informative experience open to kids aged 6-12.  Lunch will be provided. From 11:00 to 12 :00 Mr. Pat Arrinder will be dressed in period clothing and will present a wide range of pioneer games and musical entertainment to regale local youth.
From 12:30 to 1:30 students get to experience the art of pottery. Kristi Loveless from Southern HeArts in Iuka will walk campers through the process of making one of a kind pieces of pottery. These pieces will be finished at the studio and ready for pickup two weeks after camp.
Let us put a little history and art into the hearts of your kids!  Capacity is limited and all children MUST pre-register no later than July 15th.  Cost is $10 to attend and must be paid at the time of online registration. For more information, call the museum at 662-423-3500 or email tish.courthousemuseum@gmail.com or sign up at http://www.eventbrite.com/e/camp-courthouse-tickets-372199357297 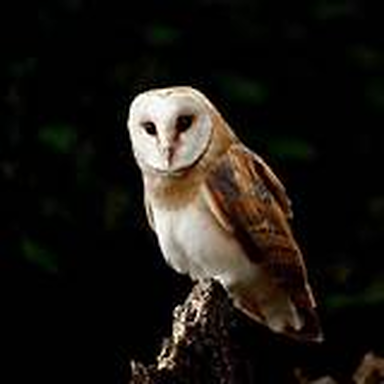 Owls are some of the most beautiful yet seldom seen animals in our area.
Take the opportunity on July 14th to learn more about these beautiful birds. Representatives from the Mississippi Wildlife Rehabilitation, Inc. will be on-hand at 2 p.m. to give a presentation on owls of the Mid-South.
Special guests will include MWR’s own ambassador birds!
This event is free and open to the public.
We would like to thank our friends at Tri State Educational Foundation for sponsoring this event.

We're excited to bring back our courtroom drama series! Many will remember how great our performance of "12 Angry Men" was, and those who worked on "Witness for the Prosecution" know just how great a show that was shaping up to be before COCID cut us short. We invite you to come Saturday, June 11 at 7 pm to see our return to the courtroom drama series with "The Case of Humanity vs. Pontius Pilate"!

Set in our historic Tishomingo County Courtroom, Pontius Pilate stands trial for ordering the crucifixion of Jesus Christ. The verdict is left in the hands of the jurors who are chosen from the audience. The events are reexamined as if they happened only yesterday with every attempt being made to present both sides of the case as accurately a possible. We see faith, greed, and hope, as they come into conflict in the people most involved in history's greatest story. We hear the facts -- the truths and the half-truths -- and then the jury decides! The show, a reprisal by cast and crew of The Shoals Theatre's production, made into a fully immersive event via our courtroom setting is a one time only, must witness event!

We thank Iuka Piggly Wiggly and & Ace Hardware and Heavener's Lawn Service for sponsoring the show, as well as Subway of Iuka for providing refreshments, and Tishomingo Arts Council (TAC) for working in conjunction with us to make this event possible.
​
To book seats ahead of time, call or visit The Old Courthouse Museum in Iuka, MS, Wed. - Fri., 9-4. TAC members receive a 25% discount off the $10 admission! Check out Tishomingo Arts Council on Facebook for information on how to become a member. 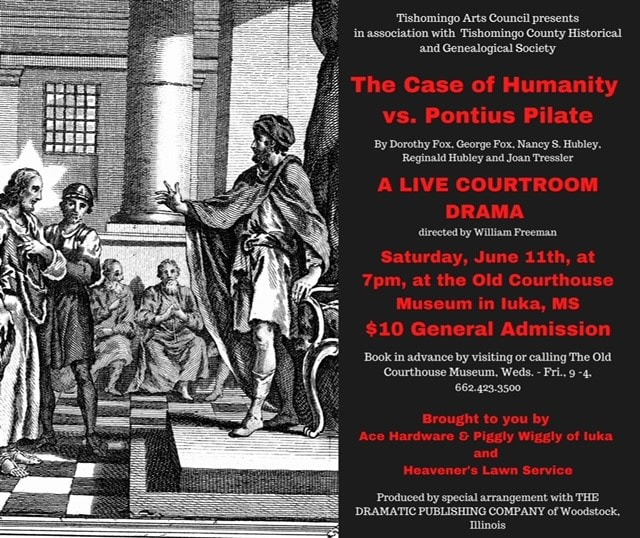 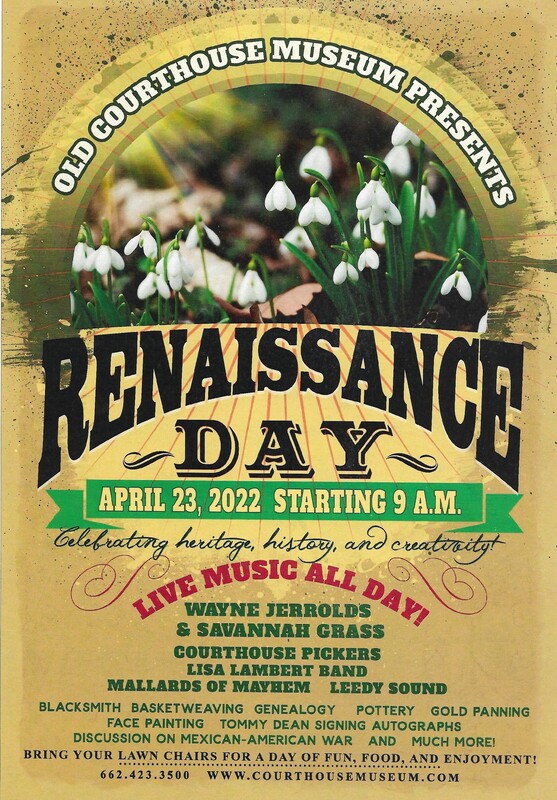 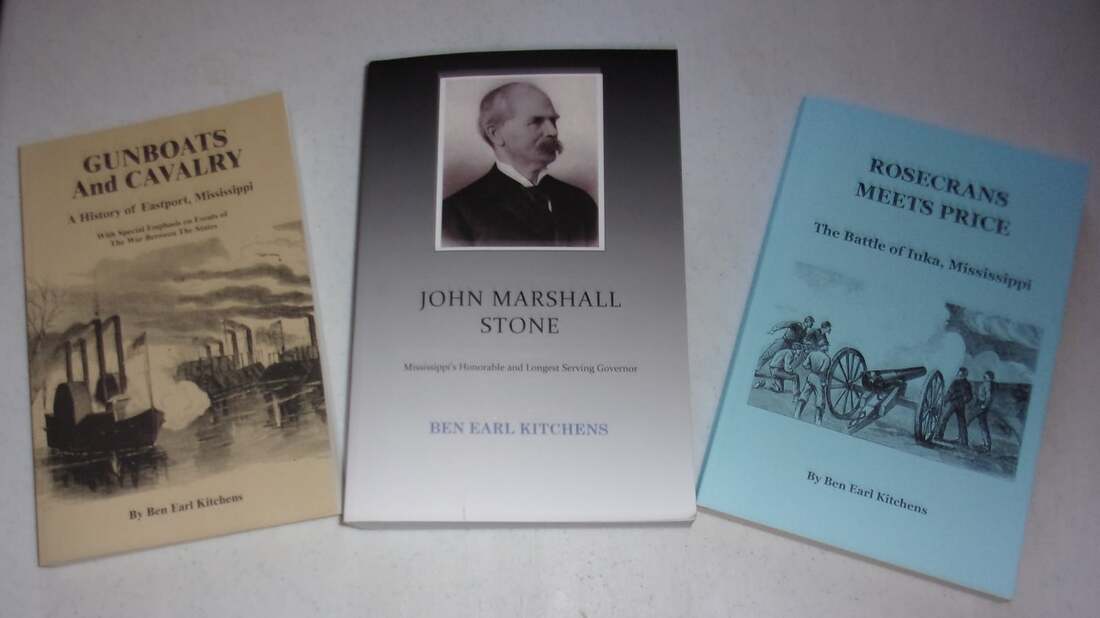 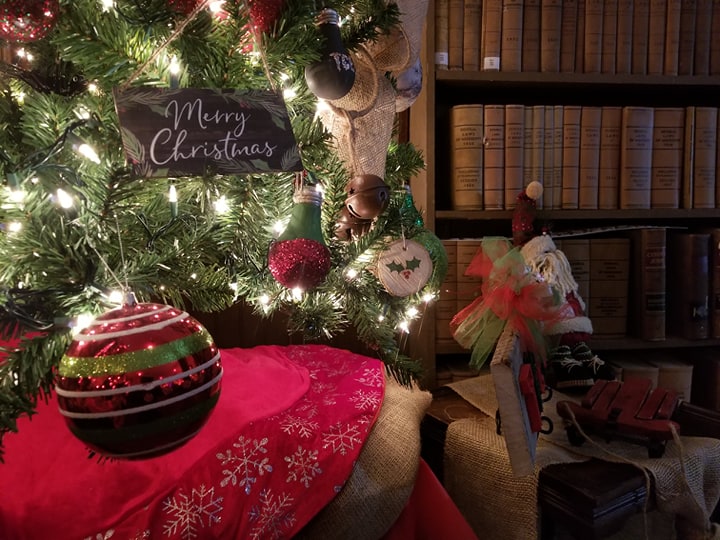 Come vote for your favorite tree from Dec. 6th until Dec. 20th. 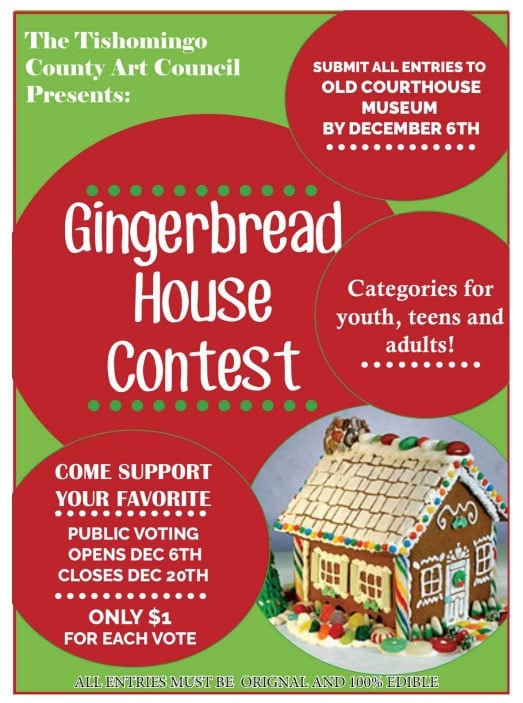 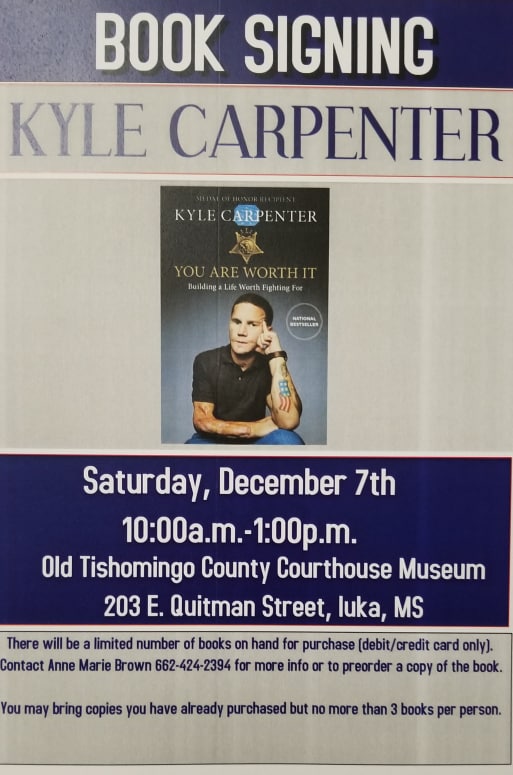 Thanks to the community for making our November spotlight on World War II a fun and informative month for all! 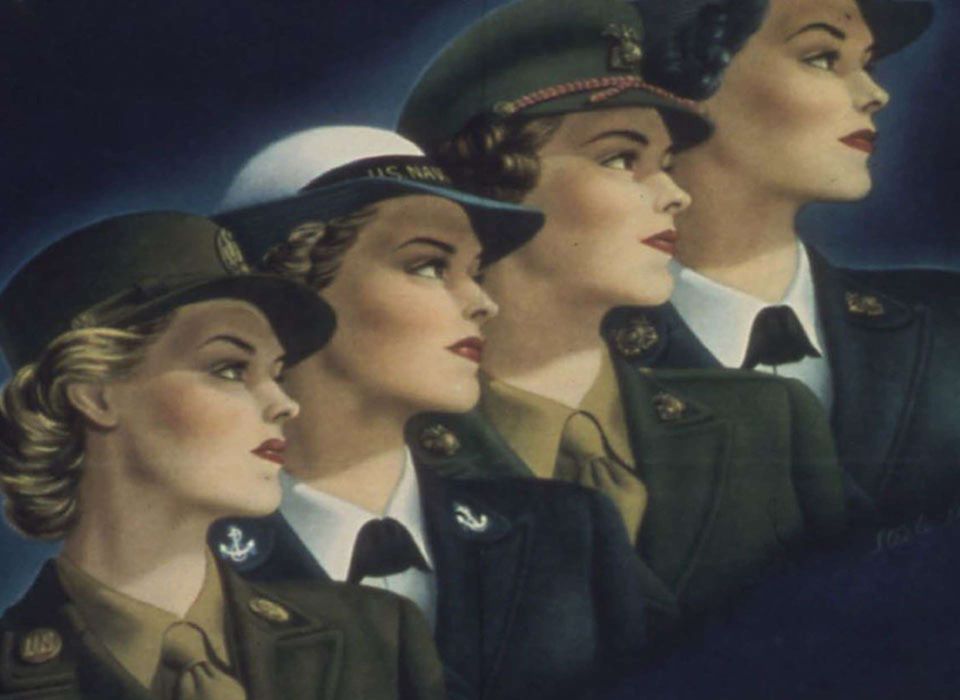 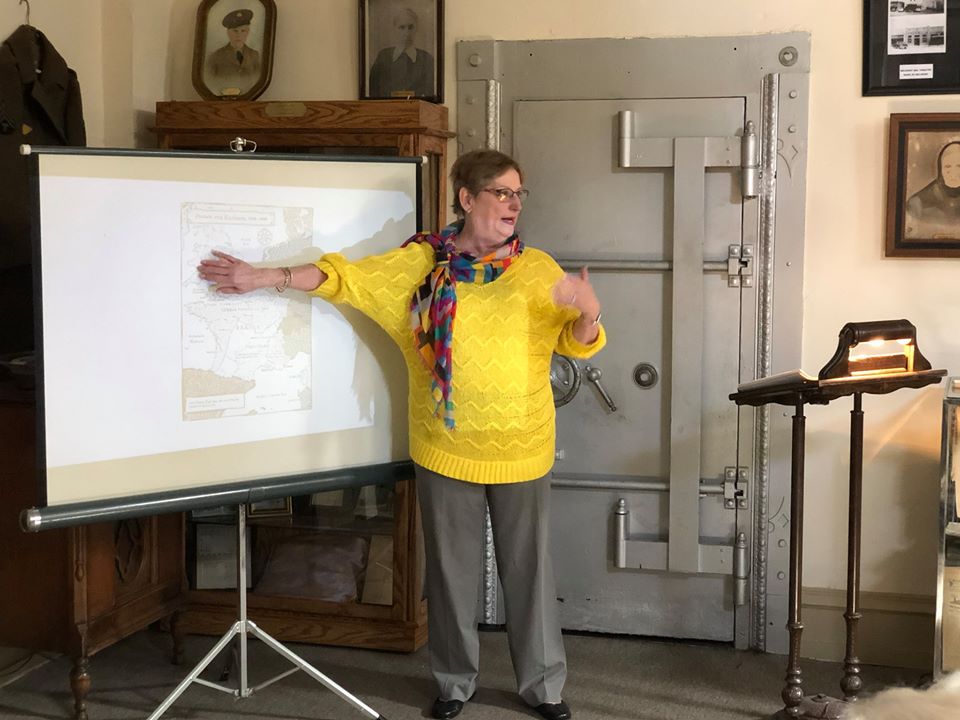 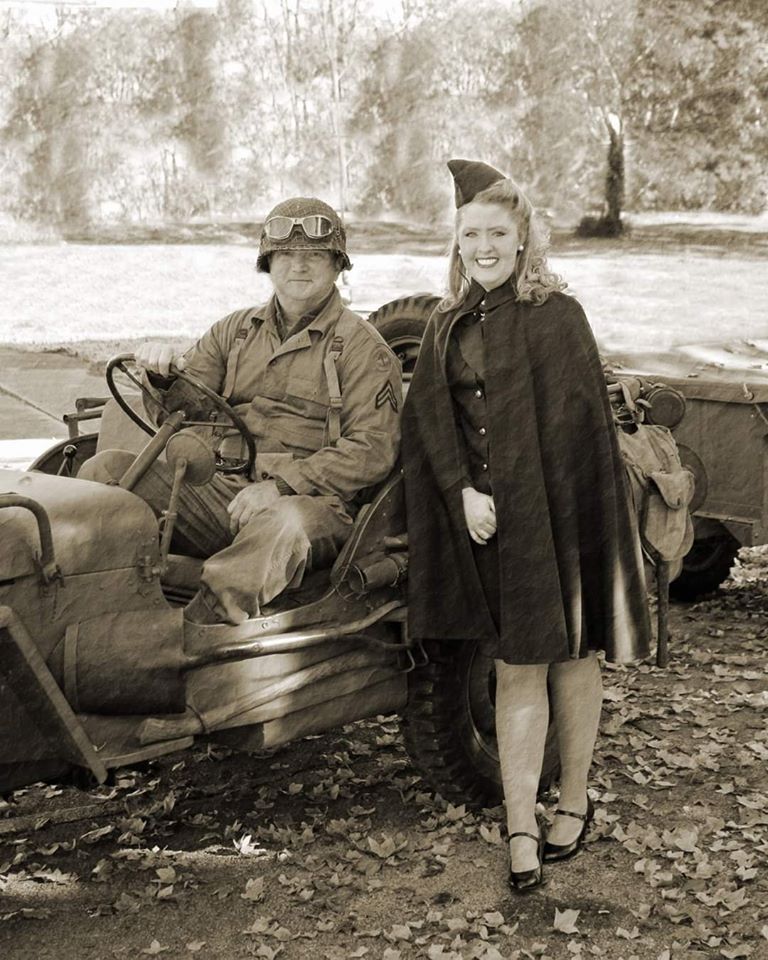 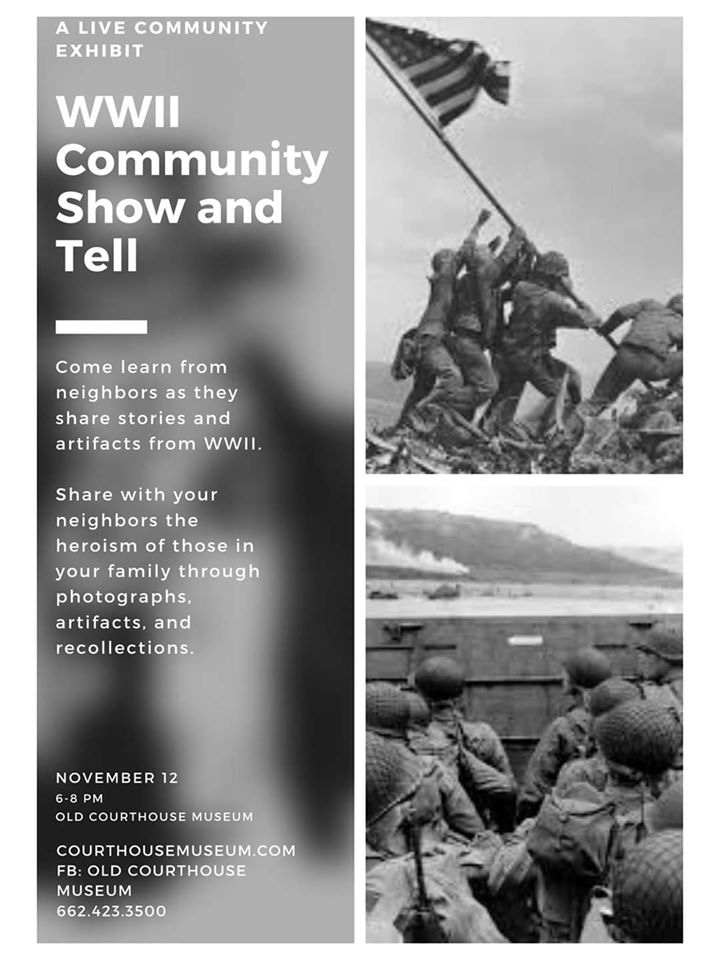 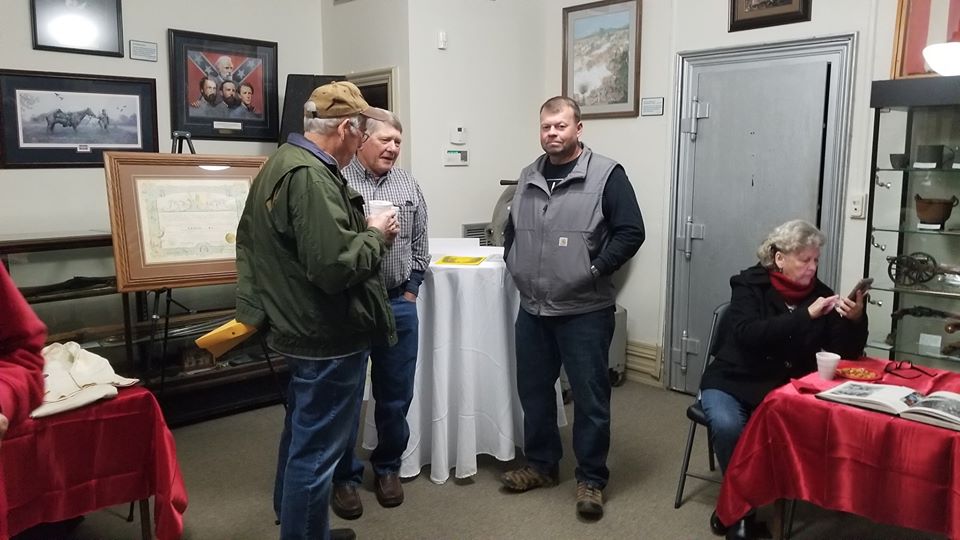 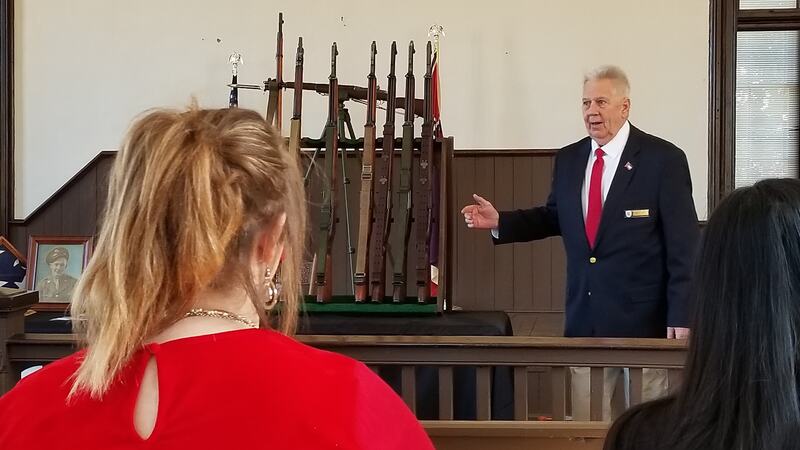 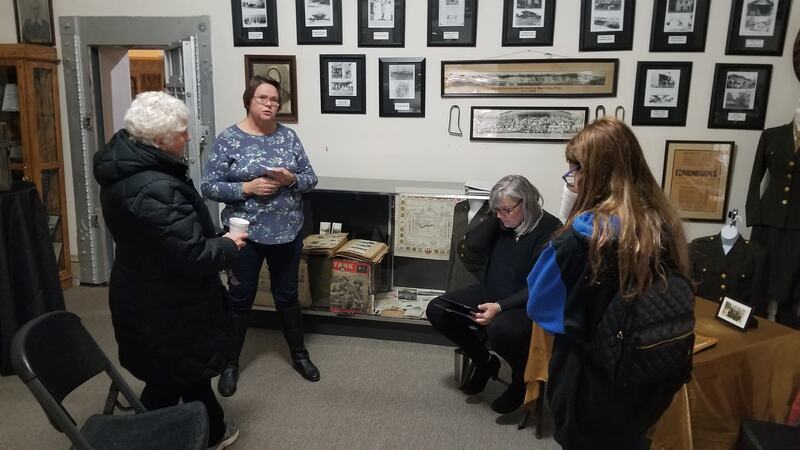 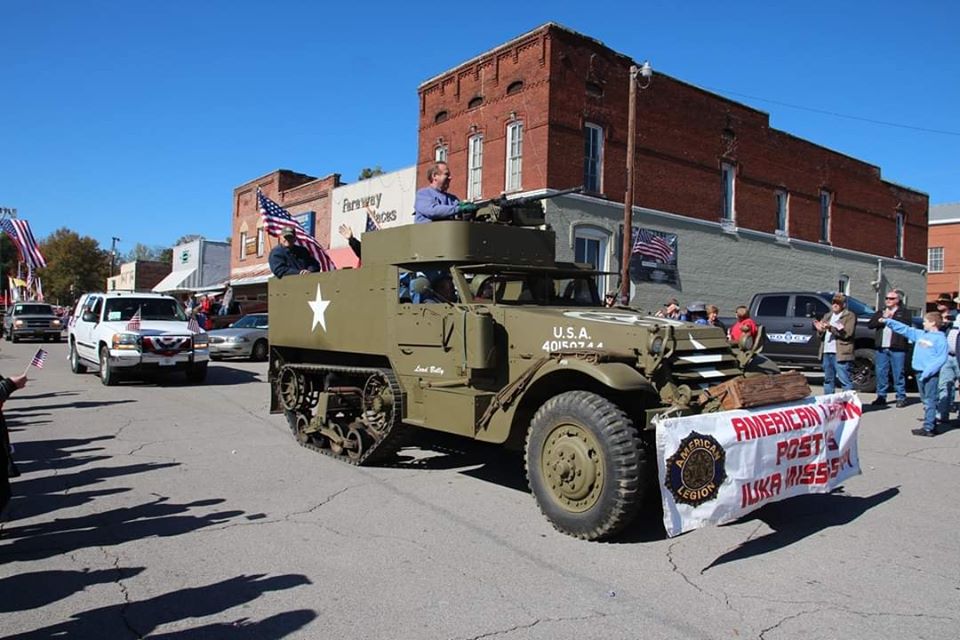 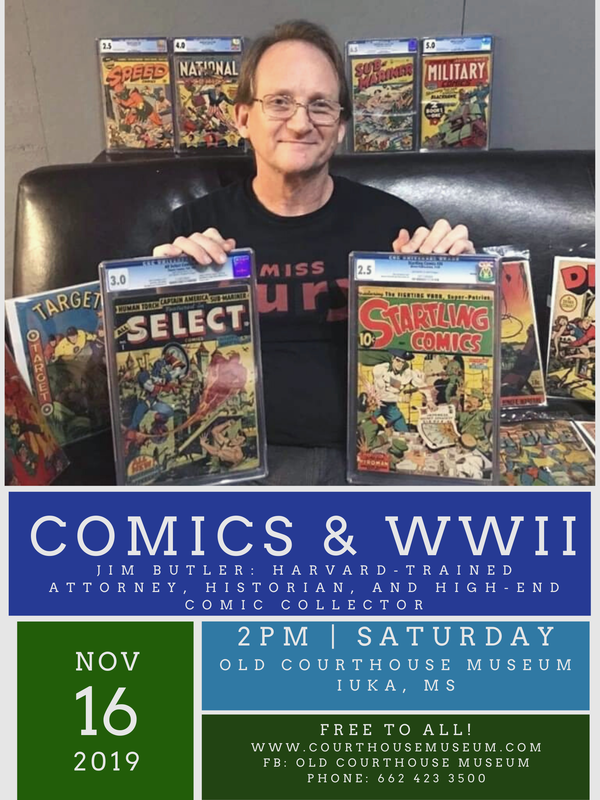 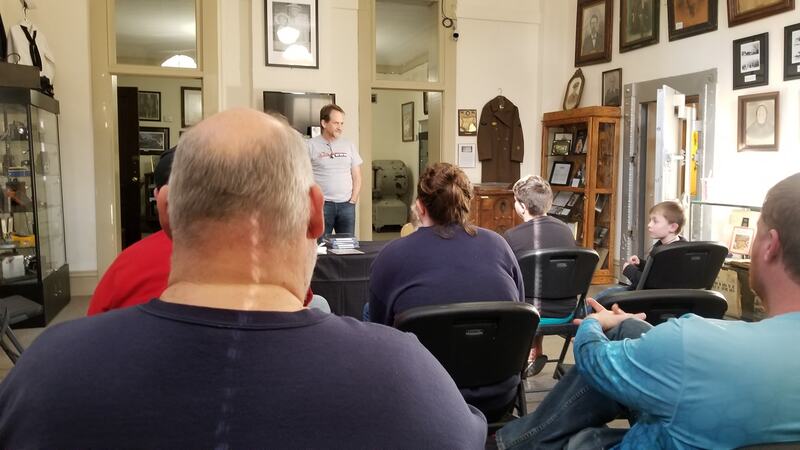 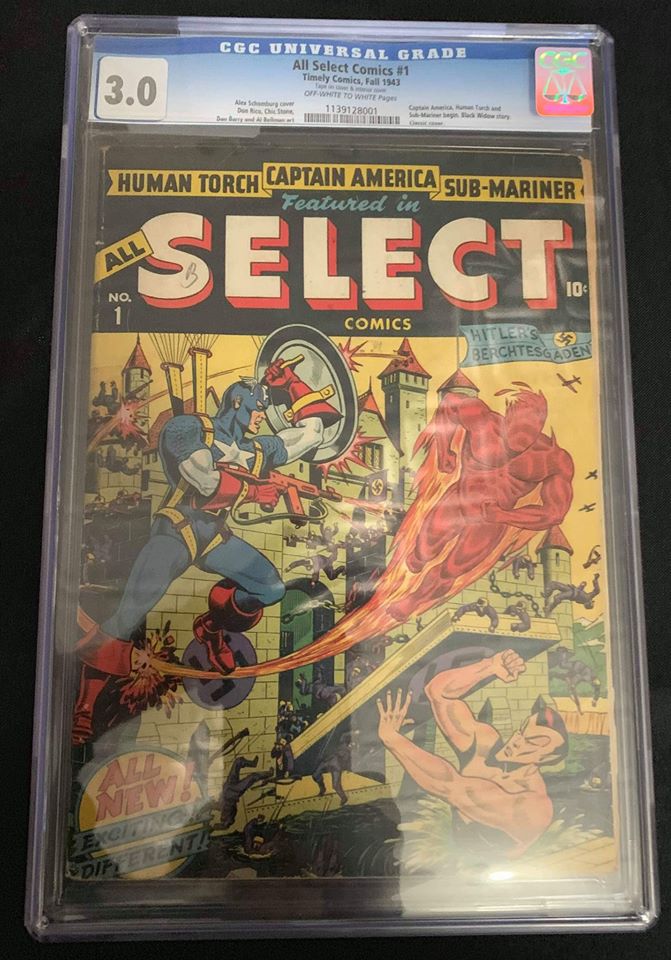 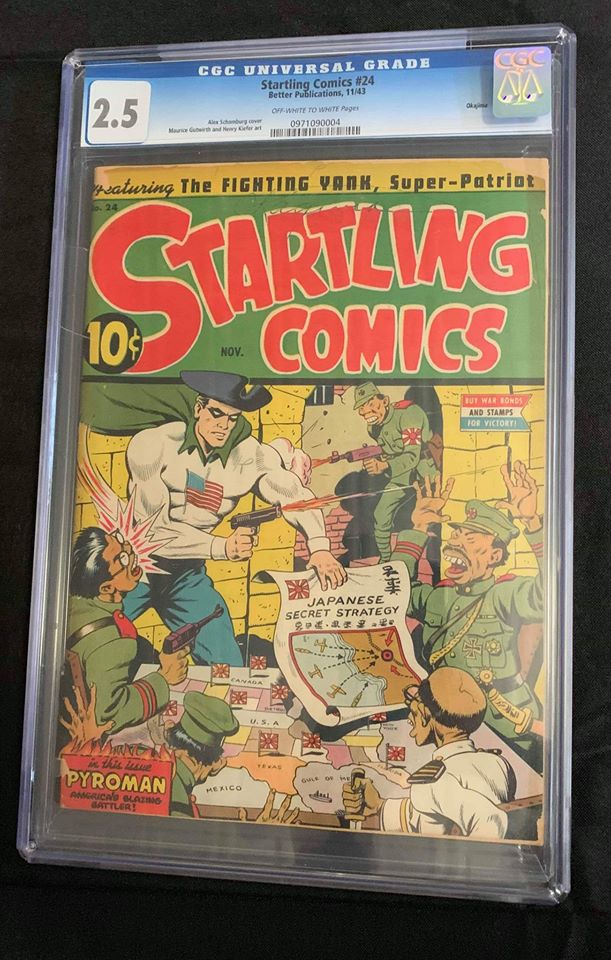 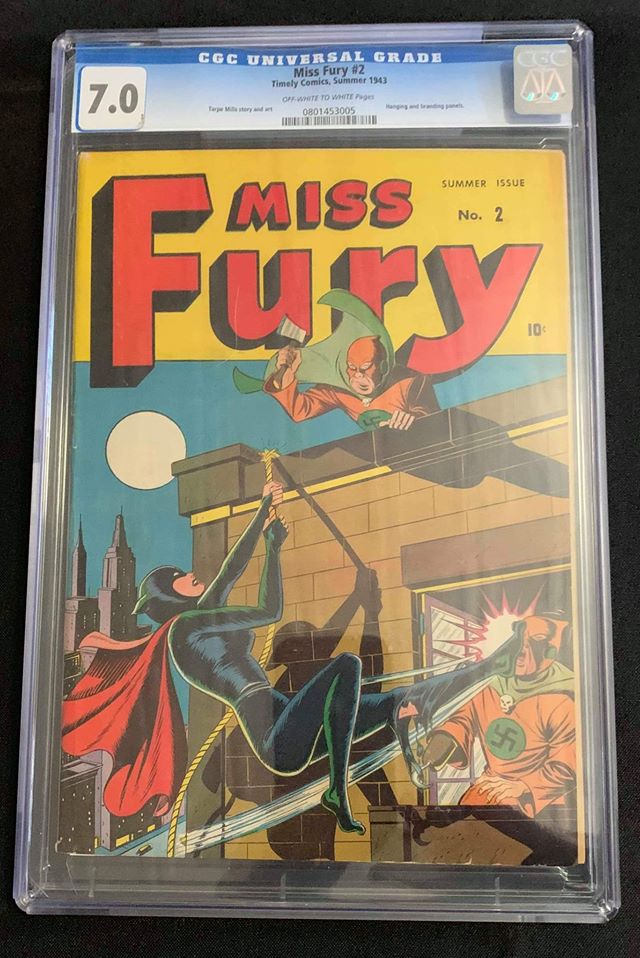 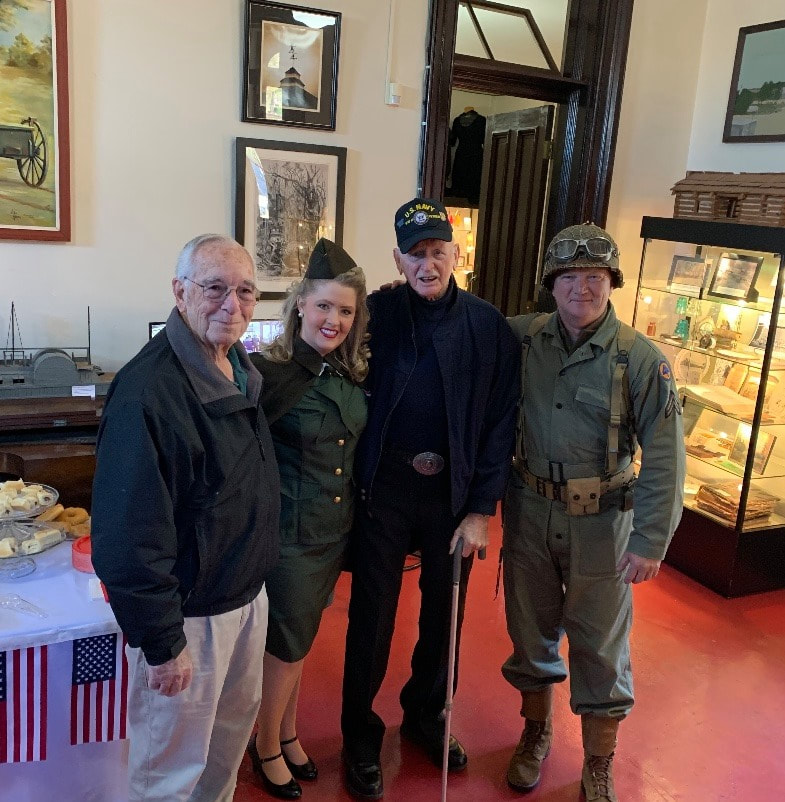 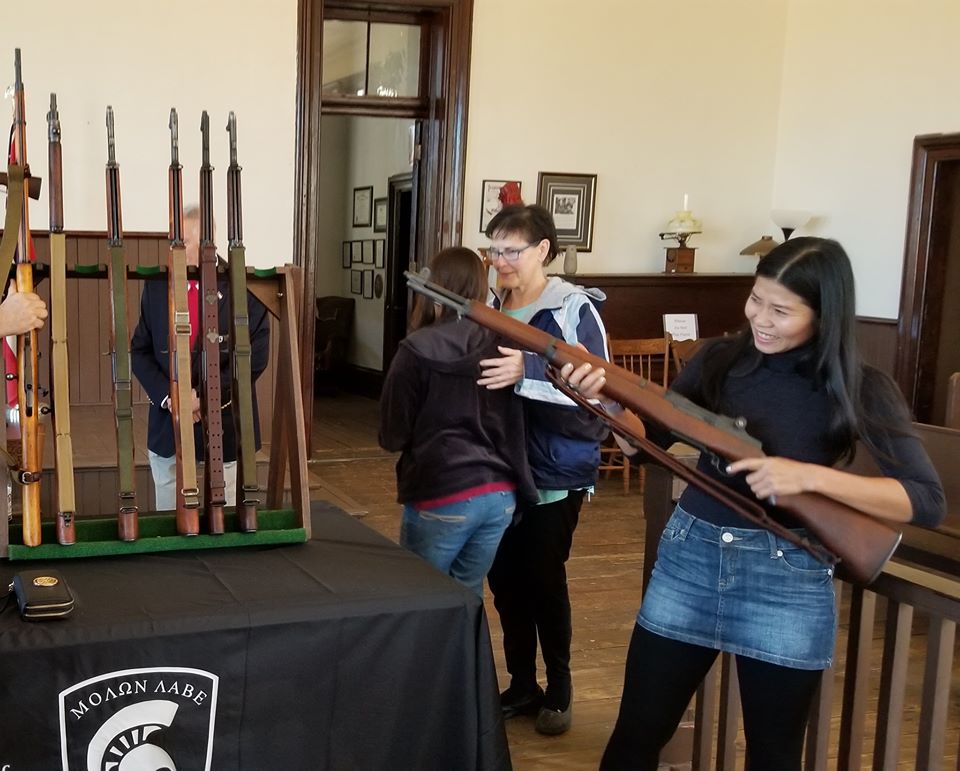 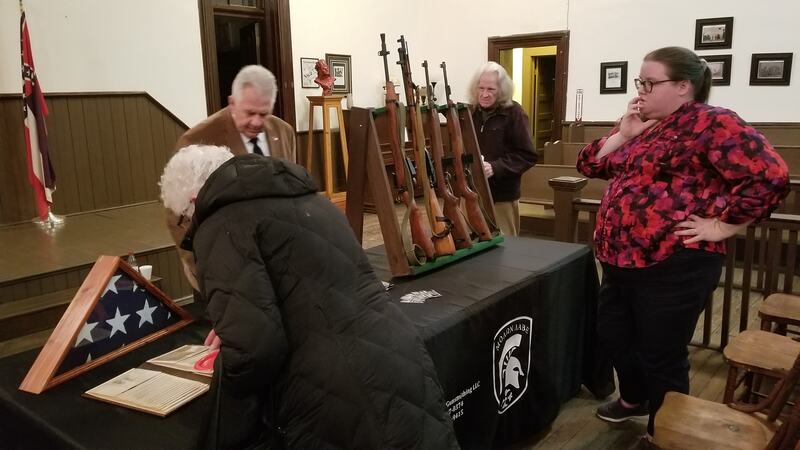 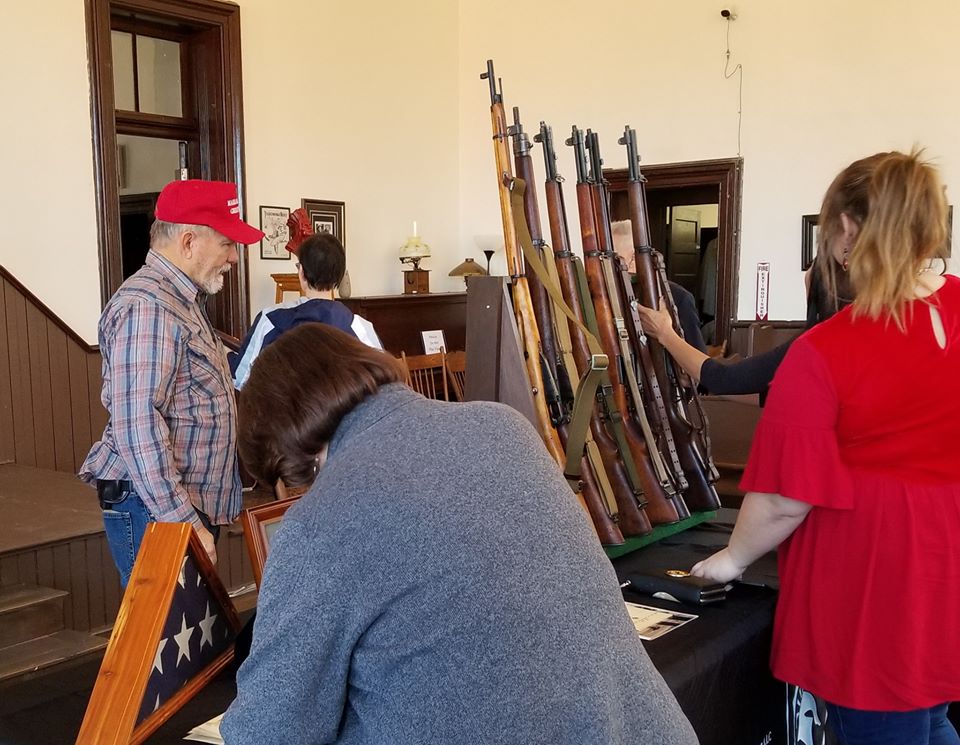 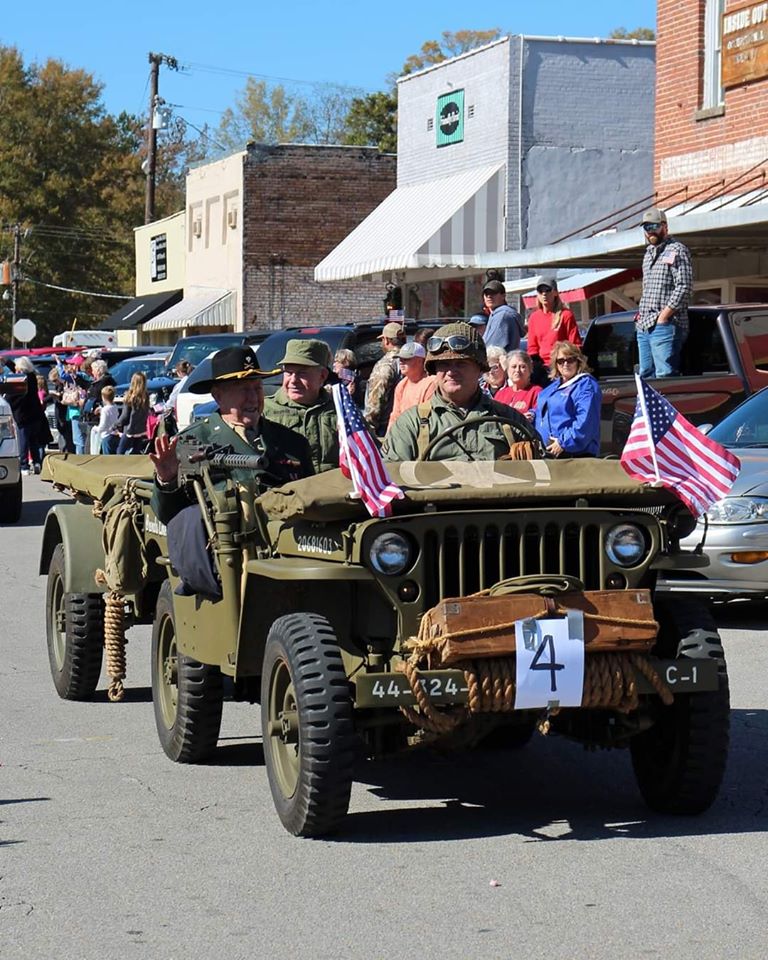 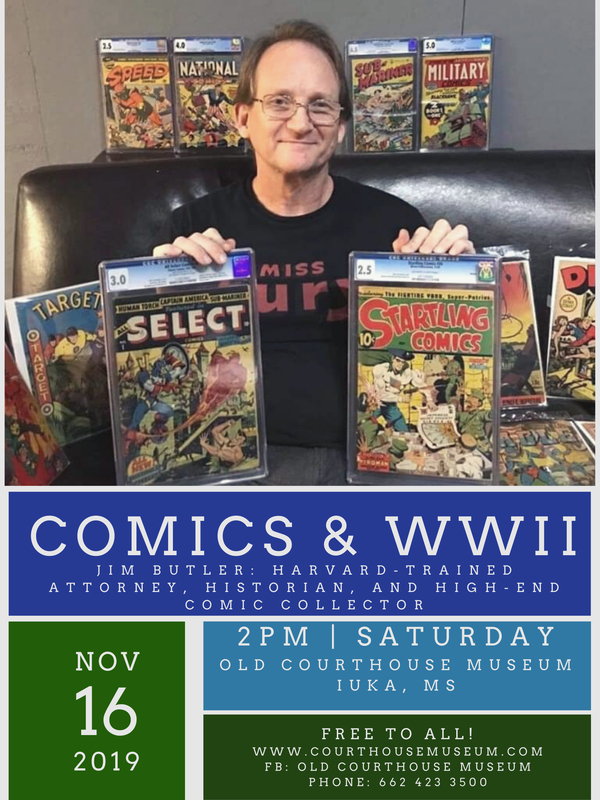 Thanks for making 12 Angry Men a huge success! 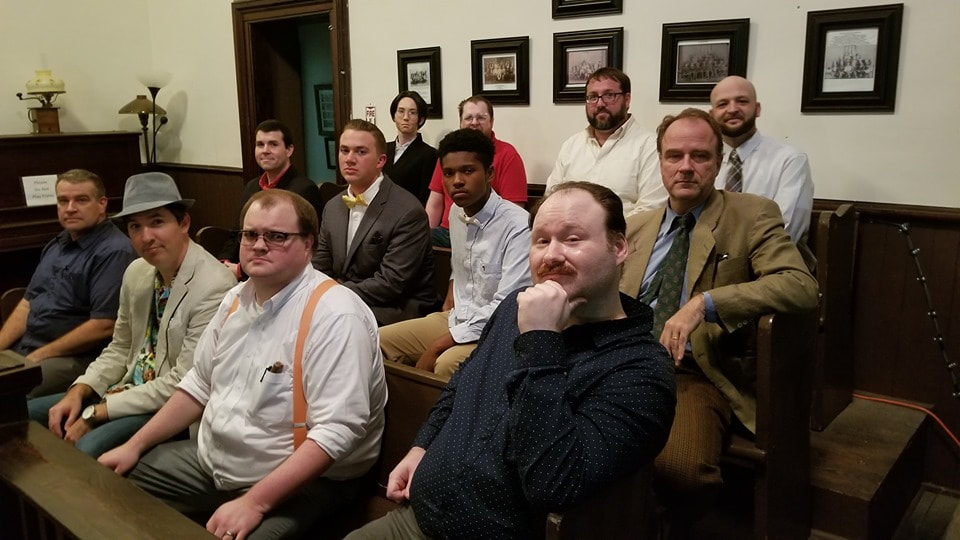 Our production of 12 Angry Men ran October 17 and October 19, yielding two sell-out crowds. We are looking forward to offering more courtroom dramas set within our historic walls! Follow us to catch audition calls for our exciting courtroom drama: Witness for the Prosecution! 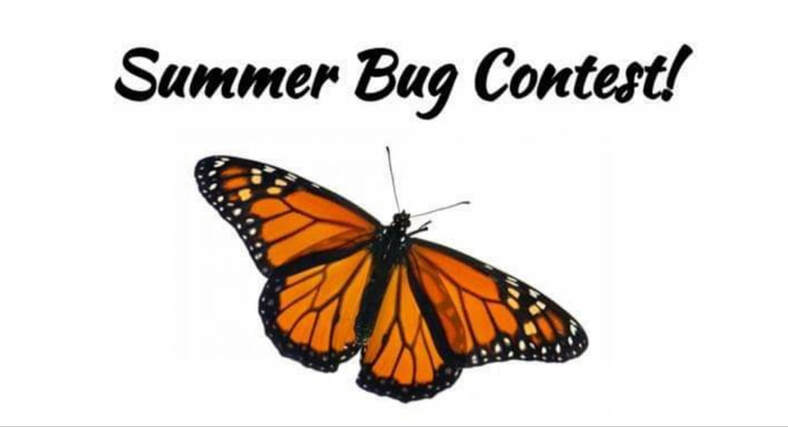 Camp Courthouse 2019 was a terrific time for everyone!
Postponed for 2020 until further Notice 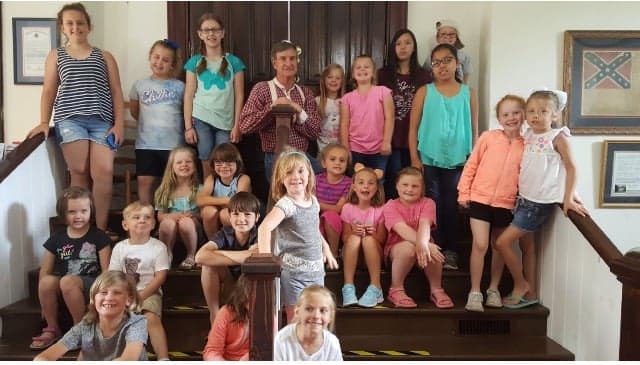 We are happy to have had such a great interest in this year's camp courthouse. Due to the larger than expected turn-out, we will be endeavoring to make next year's event even bigger! It is our aim to make our youth programs accessible to everyone, so we will take great efforts next year to see that no one is turned away.
Featuring award winning educator Pat Arrinder  and representatives of the Chickasaw Nation, this year's Camp Courthouse was held  June 11 from 11 AM to 3 PM.